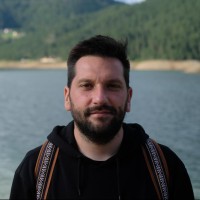 Aleksandar Tomašević is a social scientist, currently working as an Assistant Professor at University of Novi Sad, Faculty of Philosophy. He completed his PhD in 2019. His research interests are centered around applying and developing statistical and network science methods in social sciences (sociology, psychology, demography, political science).

This web page serves as a hub linking different documents, data and code which will be posted on OSF, GitHub and ResearchGate.

The aim of this research was to explore the underlying structural organization and centrality of narcissism features by using network analysis. The research was conducted on a sample from the general population using subscales of four narcissism instruments (Narcissism Personality Inventory, Grandiose Narcissism Scale, Pathological Narcissism Inventory, Five-Factor Narcissism Inventory Short Form). The results revealed detection of four communities, one of which was interpreted as vulnerable narcissism, while the remaining three were interpreted as aspects of grandiose narcissism (grandiose exhibitionism, narcissistic antagonism, and authority). The results suggested that although features of grandiose narcissism (grandiose exhibitionism and leadership/authority) show consistent higher strength centrality across networks, entitlement/exploitativeness, followed by grandiose fantasy, has a central role in bringing together maladaptive grandiose and vulnerable aspects of narcissism. In addition, leadership/authority brings together various aspects of grandiose narcissism. The results support the role of entitlement features as the core of narcissism.
PDF DOI
Vesna Lukić, Aleksandar Tomašević
May 2020 Acta geographica Slovenica

This article discusses immigrant integration policies in Europe. We analyzed data from the 2015 Migration Integration Policy Index to identify similar immigrant integration regimes in Europe according to policy priorities related to immigrants’ socioeconomic rights. The results of a latent class analysis demonstrated that there are two immigrant integration policy regimes among the EU 28, Albania, Bosnia and Herzegovina, Montenegro, Macedonia, and Serbia, with variation between the old EU member states since 1995 (without Greece) and Estonia versus the new EU member states since 2004 (without Estonia), Greece, and the Western Balkan countries. Based on our classification, we conclude that there is a trend of convergence in integration policy regimes in Europe, in which the effects of spatial/geographical and temporal dimensions are manifested.
PDF DOI
Bojana M. Dinić, Anja Wertag, Aleksandar Tomašević, Valentina Sokolovska
March 2020 Personality and Individual Differences

Centrality and redundancy of the Dark Tetrad traits

The aim of this research was to examine centrality and redundancy of the Dark Tetrad traits (psychopathy, Machiavellianism, narcissism, and sadism) using network analysis. The first sample (N = 546) was assessed using a short instrument, the second (N = 404) and the third (N = 410) samples were assessed with full instruments for the first three dark traits, while for sadism the same instrument was used in all three studies. The results showed that psychopathy is the central feature across all networks, especially its facets which correspond to primary psychopathy or interpersonal manipulation and callousness. Narcissism seemed redundant when total scores of the dark traits were analyzed, but these results should be interpreted with caution given the small number of variables in the network. However, on the facet level, some facets of psychopathy were redundant (secondary psychopathy or lack of cognitive responsiveness). These results reiterate the importance of psychopathy in the core of the dark traits and provide a deeper insight into the relations between the Dark Tetrad traits.
PDF DOI
Aleksandar Tomašević, Valentina Sokolovska
January 2019 Sociologija

The Localization of Electoral Volatility: Evidence from Serbia and Croatia

This study introduces a novel methodology for measuring, exploring and describing the processes of party nationalization and localization. The key component of this approach is using electoral volatility as a baseline measure for computing party localization indices. For the purposes of this study, conventional definition of localization as non-uniform territorial political response (Caramani, 2004) is redefined as non-uniform, but spatially contingent responses of territorial units to national political forces. Using network analysis, the authors introduce quantitative approach for studying spatial and dynamical aspects of party systems and demonstrate its usefulness and applicability in cases of two post-communist systems: Serbia and Croatia. The results demonstrate that different components of party systems (new versus stable parties) exhibit different levels of nationalization and localization, which has been overlooked in previous studies. In line with previous research (Bochsler, 2010c; Golosov, 2016; Schakel, 2017), this study confirms that the Croatian party system is less nationalized than Serbian, but there are some similarities between the two countries in terms of the distribution of electoral volatility. In the discussion part of the study, limitations of new methodology are explained and directions for its further development are outlined.
PDF DOI
Bojana Dinić, Valentina Sokolovska, Aleksandar Tomašević
July 2018

The network of narcissism

Aggressiveness in the HEXACO personality model